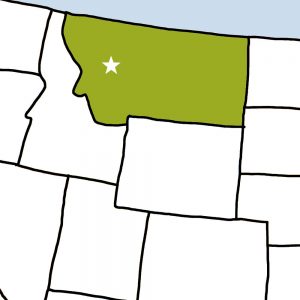 We are working hard on Bingo USA, the second book in our geography bingo series. We reached South Dakota this week. That gives us 10 more states to go, along with the Great Lakes. On the latter we’re not sure if we’re going to do each individual Great Lake or just all of them together.

Planned publication is for June of 2020.

The back of each flash card will have two clues written more or less as a short little vignette. Here’s some sample text (first draft, so this may change):

Which State and Capital?

In addition to the vignettes there will be a quirky rhyme to learn the capital of each state. Here’s an example:

My new Yorkshire Terrier is much smaller than my Saint Bernard.
Its head doesn’t reach Al’s boney knee even when its jumping hard.

The New York capital is Albany

The book will have 20 bingo cards, 10 usable at any one time. Here are a few sample squares for the bingo cards.

We’ll keep you posted as this progresses.