Skip to Main Content
Buy the Companion Book: Draw the USA Buy »
Many ways to play and it's fun. Geography Disguised as Fun.

Thank you for USA Bingo! It took us awhile to get together to play it with our grandchildren during these crazy times but we really loved it. It's great for lots of different ages, which makes it really convenient and popular with all. The younger ones were eager to learn the states and then the capitals and older kids and adults enjoyed the diverse clues and crazy rhymes! It also helped to have the flash cards and maps to hand out to the little ones. Keep up the good work... 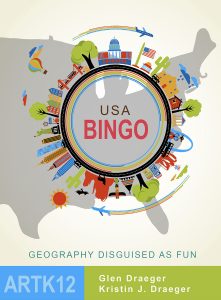 USA Bingo is a fun way for your students to learn the basic geography of the USA (states and capitals). Though the focus is learning where the states are there is a lot of other geography sprinkled throughout. 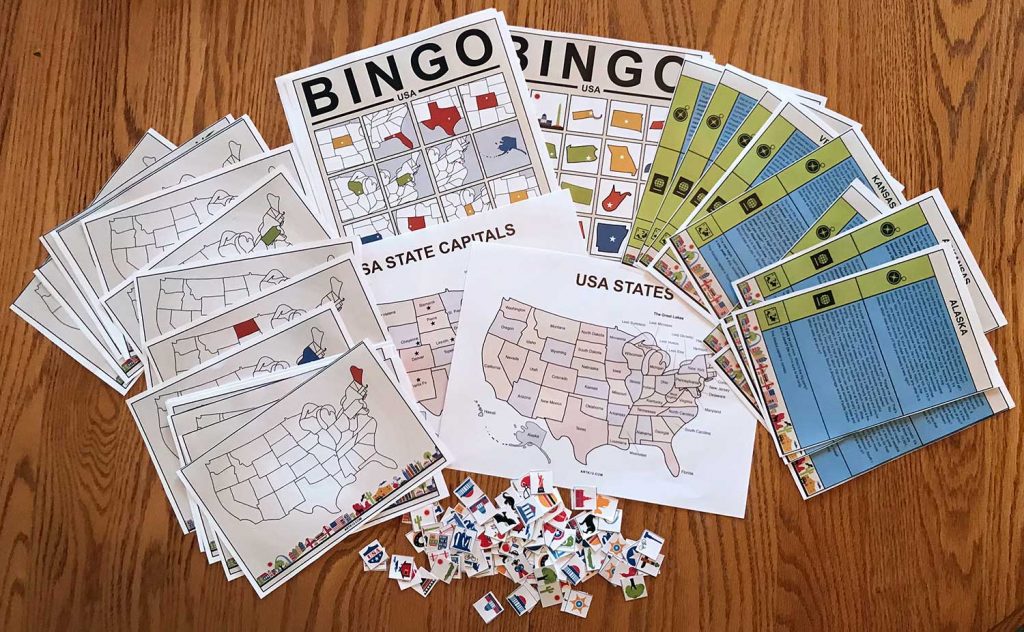 USA Bingo is unique approach to learning USA geography for your students.

This is a disposable book. You will have to take it apart in order to use it.

Many Ways to Play

We are standing on the highest point east of the Mississippi River, Mount Mitchell (6,684 feet). It was named after Elisha Mitchell who died in 1857 while trying to verify his original findings that this was the highest peak east of the Mississippi. Let’s all remember that. Don’t second guess yourself. There’s a moral here that I think… “Cut! What are you doing?” I’m just trying to use a historical event to pass on some of my great knowledge and wisdom. “No. Don’t do that. It’s a bingo game! Stay on task!” Man, that guy is irritating. Anyway, this peak is also the highest peak in the Appalachian Mountains which pass through this state. North of us is Virginia, south of us is….well, I’m not going to tell you because that would really give it away, east of us is the Atlantic Ocean and west of us is Tennessee. Which state are we in? And for a two year round trip to the planet Mars (food not included) which state is south of us?

My new Yorkshire Terrier is much smaller than my Saint Bernard.
Its head doesn’t reach Al’s boney knee even when its jumping hard.