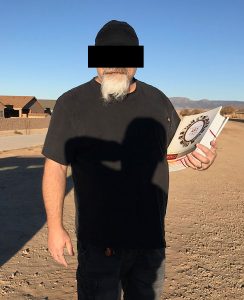 The Other Husband
Our First Winner

It’s tough running contests. The work, the grind, it can be exhausting. The preparation alone…studying late into the night, getting up early, the tests, the papers, the homework…oh wait, I’m thinking about college. Nevermind.

The Son and I went out for our usual daily hike up the Iron King Trail at around 3:33 p.m. Up until yesterday, I had not been approached by anyone and though I certainly realized it could be a homeschooling Dad, I was fully expecting hoards of homeschooling Moms. Free books for the kiddos and watch out my friend. You do not want to get between a homechooling Mom and her child’s education! No offense to the Dads out there who are in charge of the homeschooling duties, but most of us Dads are or were in supporting roles in the realm of homeschooling.

So this guy is coming up the trail toward us on a bike thingy—it was kind of a scooter bike (maybe The Other Husband can tell us exactly what it is in the comments below). Anyway, we always say hello to people.

“Hello,” I said and he started to slow down. This seemed a little odd to me (this is most likely why I was not in charge of  homeschooling The Son). Then he stopped. 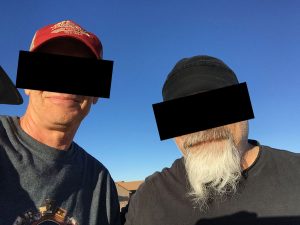 It did not immediately click for me. I think there is something in our brains that tries to anticipate what someone is going to say or do and when they don’t respond the way our brains think they were supposed to, the gears have to shift or in my case maybe grind a bit in the process.

Of course I had to look at my shirt just to make sure. “Yes, I am!” We gave each other some high fives.

Later, he told me that while I was retrieving the books, The Homeschooling Mom called and said, “He’s there. He’s there. I just saw the post.” He scored some big points when he told her he had already found me.

The Coolest Job is Not Web Related

The Other Husband is the Owner / Wrangler at Critter Tec. That means he will come to your house and remove a rattlesnake that you find in your backyard or under a tree in your front yard or wherever you happen to see it. He comes, captures the rattlesnake and then relocates it to a less populated area. And we have lots of rattlesnakes here in the Prescott, Arizona area. I’ve seen a couple while hiking and on more than one occasion been told by a hiker, “Be careful there’s a rattlesnake up the trail.”

So for someone who captures rattlesnakes, finding some dude on a trail wearing an ARTK12 t-shirt had to be child’s play.

Not only did they receive the 9 geography books but we also threw in Serious Fun: Homeschooling with Real Books and American Art Bingo I.

We still have 2 map sets to give away. There were no winners last night while I was on my shopping run. Good luck and good hunting and watch out for rattlesnakes!

Thank you for the shout out and the rattlesnake plug. :) I’ve been getting busier now that Granvile and other areas are popping up everywhere and expanding. My main concern is that they all belong to this ecosystem and a simple relocate is much better for our environment then killing them. So, please give me a call.

On the bike – it’s called a kickbike. Although they are more popular in the UK, these are pretty fun little machines. You can see more on https://www.kickbikeus.com/what-is-a-kickbike-2/. The one I use is called the Crossmax and it has disk brakes and suspension and designed for cross country and offroad use. They are a lot of fun and you can take them pretty much anywhere.

Back to the books; my wife is very grateful for them and we’re already using them in our homeschool curriculum. We’re also passing along your information to our various groups as we know more people would enjoy them as we have.

Anyway, I wanted to thank you again for the content and the opportunity. It’s awesome to have families working together out there.

Thanks for passing along info on my wife’s books. Really appreciate it and glad you’re already using them. The bike looks like a lot of fun. I will be calling if we find any rattlesnakes!

Hey, hey! Congratulations the Husband! You were seen and recognized.